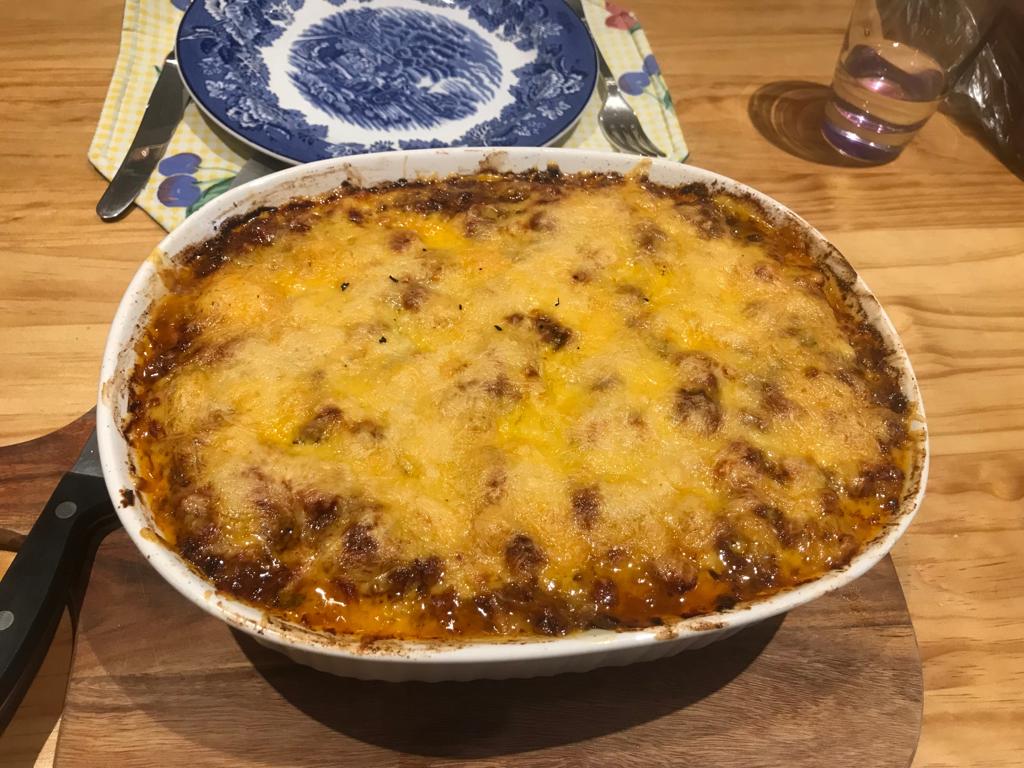 I started out this year a few kilo’s heavy after a fantastic holiday to Italy and Mozambique so came back ready to drop a few kgs. My girlfriend had been chatting about Keto and is pretty similar to banting which I have on good authority works.

This started a great adventure in No carb, no sugar cooking and this take on Lasagna, which uses brinjal instead of pasta and cauliflower with cream cheese instead of white sauce is amazing.

Give it a try, it is worth the effort 🙂 Picture gallery at the end of the recipe.

This will easily feed 6 people with a little left over. Serve with a salad.

Lots of cheese, mature cheddar or a mic of mature cheddar and cheddar.
A good handfull of basil leaves
2 large brinjals sliced about 5mm thick
Salt toi remove the liquid from the brinjal
Olive oil

First, slice the bringals, place them on a baking sheet and sprinkle liberally with salt to extract the liquid. Leave them for about 30 minutes or so.

Add the chopped onions to large pot and sweat on a medium to high heat.

Add the garlic and mince and cook until lightly browned.

Add the tomato paste and herbs and cook for a further 5 minutes or so.

Now add the tinned tomatoes, season with salt and pepper, mix it up and leave to simmer on a low heat for as long as it takes to do the rest. Give it a stir every now and then.

Tip: If you have time and a slow cooker, make the mince, pop into the slow cooker on low and leave it for at least 3-4 hours. The longer the better actually (We do ouirs over night)

Now steam/boil the cauliflower until semi soft, remove from the heat, drain the water and mix in the cottage cheese and set aside. 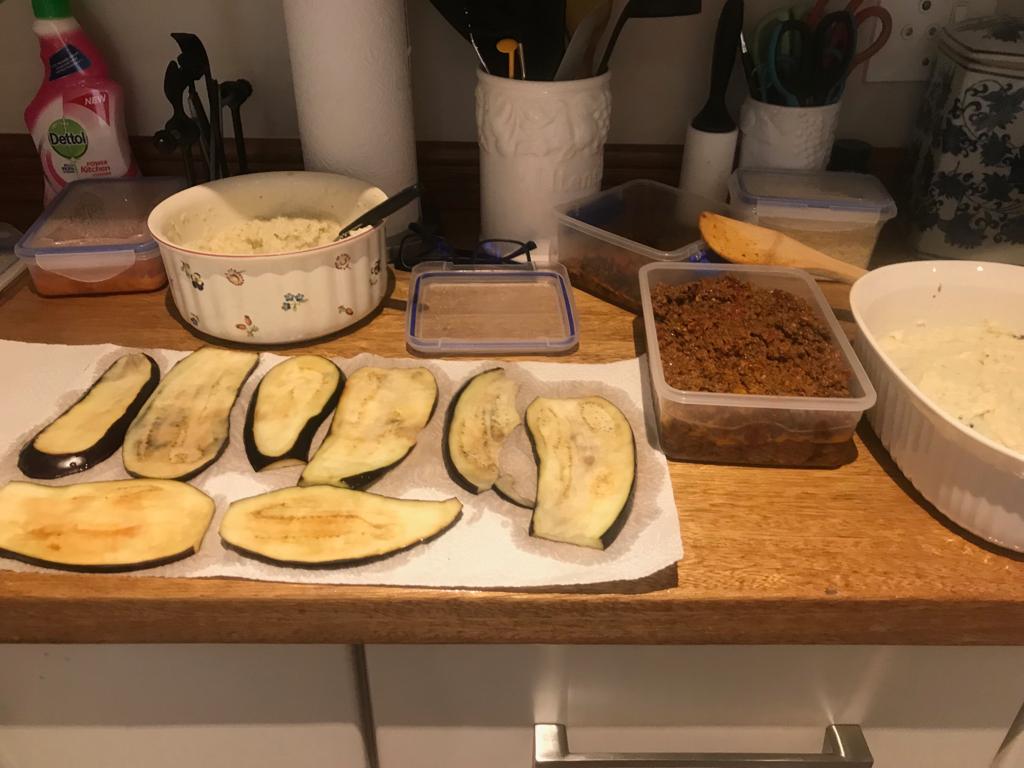 Next you want to take the brinjal that has been sweating and wash off any salt under cold water. Then place on kitchen towel to remove water.

Put a pan on high heat on the stove and cook the brinjal in a little olive oil until soft and lightly browned. Once done, remove and set aside.

Construct the brinjal lasagna in a large oven proof dish by making alternate layers of bolognese, brinjal, cauliflower and cheese. Finish off with bolognese and a layer of cheese.

Place in a 180 celsius oven for about 30-40 minutes or until the top is browned and the juices from the bolognese sauce are bubbling up the sides. 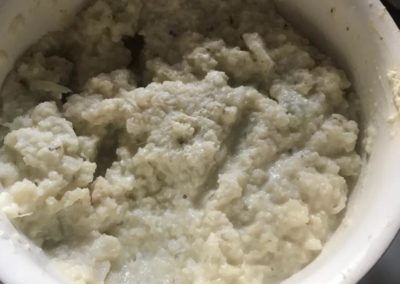 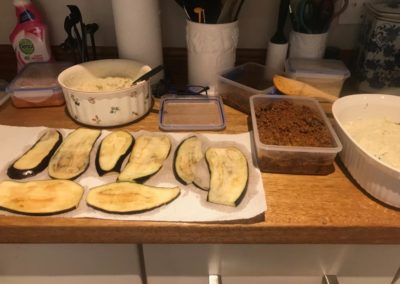 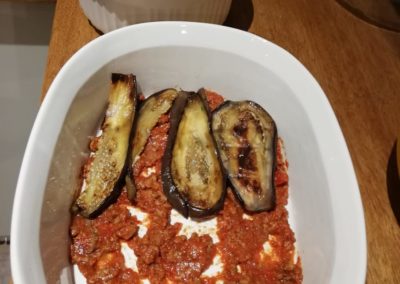 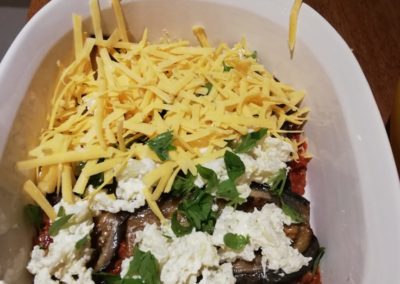 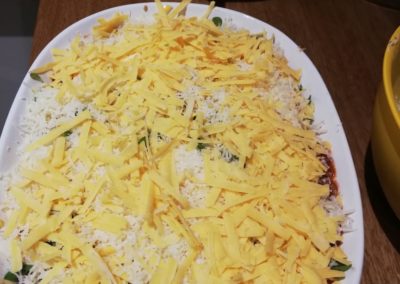 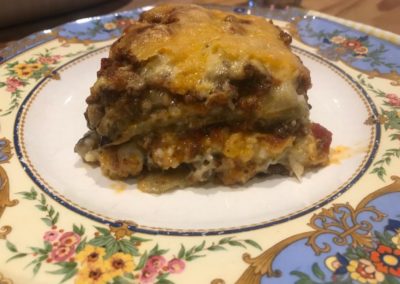 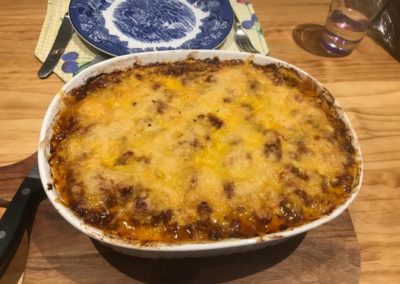